Omissions and continuities in dealing with the Nazi crimes after 1945

On Politics of remembrance in Austria and Germany

Even many decades after the events, the public memory of war crimes and genocide remains a controversial field. Official explanatory models, cultural memory and reparation politics are influenced by the prevailing policies and structures, but also the dominant moral and ethical
norms of a society. This means that the current constitution of a society feeds back on the interpretation of their past and thus also significantly determines the politics of memory.

The presentations by Kathrin Herold and Walter Manoschek illuminate omissions, taboos and contradictions in the politics of memory (West) Germany and Austria, whose constructions of history could not be more different. While the German government responsibility for the Nazi crimes could hardly be refused, Austria saw itself as the first victim of Hitler's Germany. The Waldheim debate, the first exhibition about the crimes of the Wehrmacht and the civil rights movement of the Roma and Sinti have eroded the historical image of a "clean Wehrmacht" denazification, compensation of victims and punishment of the perpetrators.

The film "The Wrong Word" is based on unpublished documents, and tells about the withholding of compensation for the as "Zigeuner" persecuted Roma and Sinti in Germany. The structurally anchored antiziganism represents one of the continuities after 1945 and therefor the full recognition of the genocide against the Roma and Sinti is being prolongated. To this day the antiziganism of European societies prevents the end of the evictions and discrimination against the Roma and Sinti survivors and their descendants. 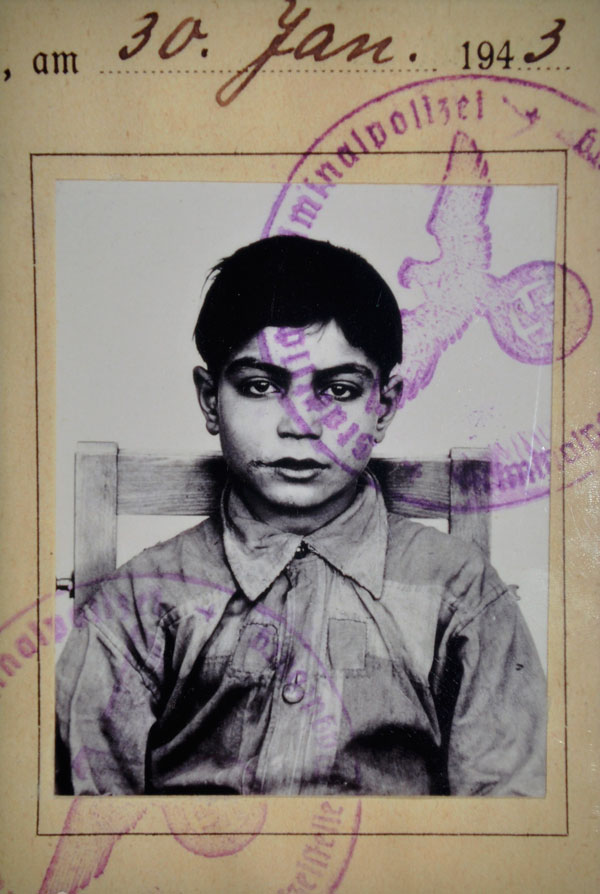 The Wrong Word
Compensation for Roma and Sinti in Germany?

A Film by Katrin Seybold and Melanie Spitta, 1987, 85 min, German with Serbian subtitles


18.30 – 20.00
Walter Manoschek: Politics of memory of nationalsocialism in Austria. From victim to co-perpetrator

Kathrin Herold studied in Bremen and Madrid cultural studies, sociology and roman languages ​​and works as freelancer in the political and historical education and as a scientific author. She works at the Neuengamme Concentration Camp Memorial (Hamburg) and the Valentin bunker Denkort and is part of the network "alle bleiben" http://www.alle-bleiben.info, a coalition of groups who fight against deportations of Roma from former Yugoslavia . She offers workshops on antiziganism that tematize historical and contemporary forms of discrimination and racism against Roma.
She is co-editor of the book Antiziganistische Zustände - Zur Kritik eines allgegenwärtigen Ressentiments (2009) http://www.unrast-verlag.de/unrast,2,312,5.html. Her essay Roma as Victims of Genocide: Politics of Remembrance in (West) Germany since 1945 was published in: The Holocaust in History and Memory, vol. 3/ 2010, University of Essex, pp. 61-77.

Walter Manoschek was born in 1957. He studied political science and history at the University of Vienna, which awarded him a Ph. D. in 1991. After his habilitation, he was appointed Associate Professor of Political Science at the University of Vienna.
His research focuses on National Socialism, holocaust studies and the politics of remembrance. From 1995 to 1999, he was one of the designers and organizers of the exhibition “War of Annihilation. Crimes of the Wehrmacht 1941-1944” (Vernichtungskrieg. Verbrechen der Wehrmacht 1941-1944) produced by the Hamburger Institut für Sozialforschung. http://waltermanoschek.wordpress.com

This program is supported by Rosa Luxemburg Stiftung