Study visit in Kragujevac and Kraljevo

Visit to the memorial park in Kragujevac and memorials in Kraljevo 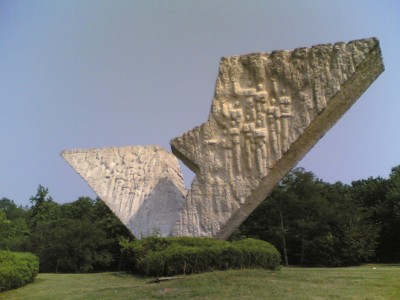 On 27 October we organize a visit to the memorial park in Kragujevac and various memorials in Kraljevo that were built as places of remembrance of the mass killings of civilians by the German Wehrmacht in 1941.
During the excursion Milan Radanović, Staniša Brkić, historian and director of the museum service of the Museum "21 Oktobar", Silvija Krejaković, historian at the Museum of Kraljevo, Vojkan Trifunović and Nikola Milenković from the youth organization "Pozitivna omladina" will present historical facts, but also discuss the current problematics of the politics of memory together with the participants.

More information in Serbian language can be found here.