Criteria and Standards of Remembrance - Seminars 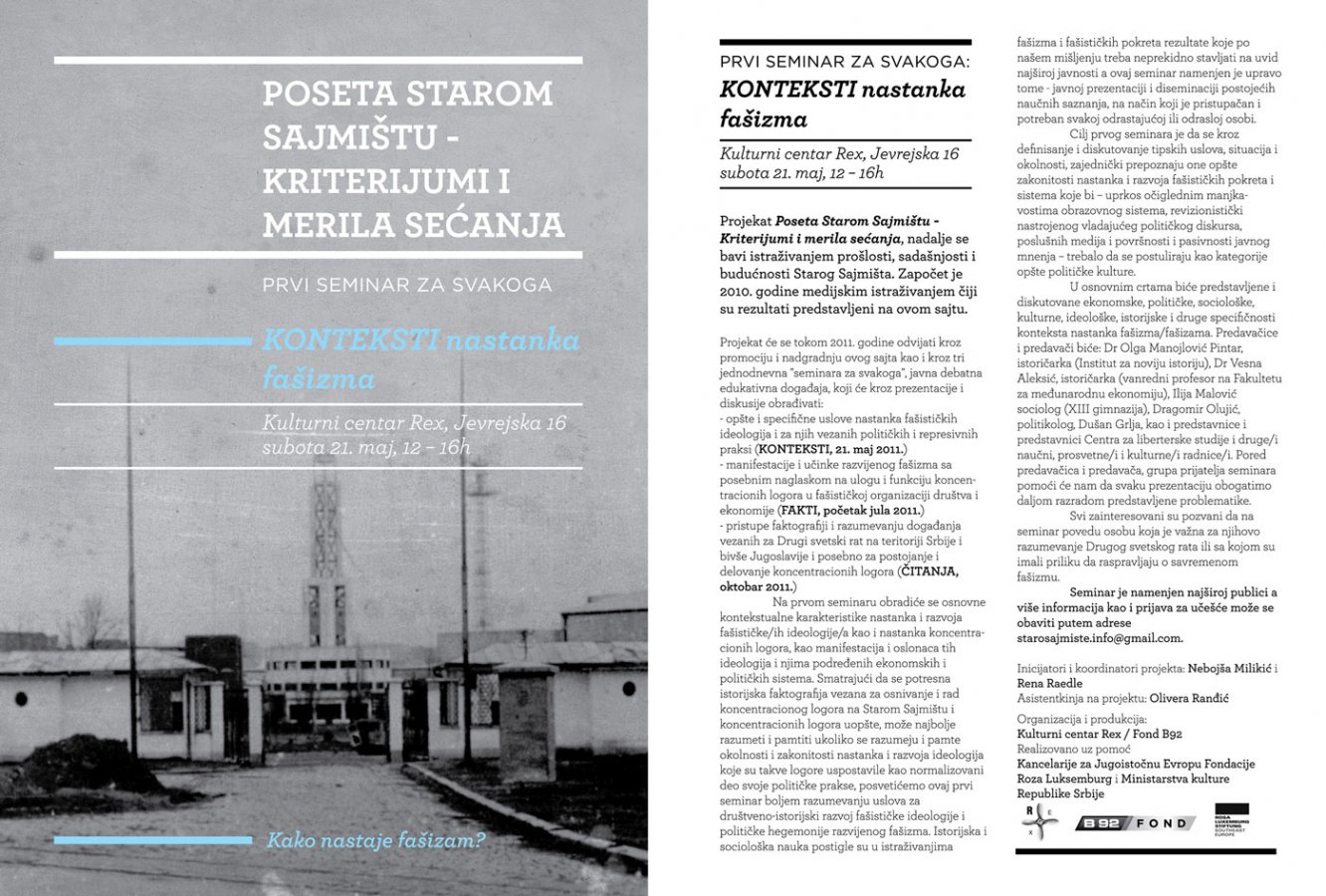 Within the program "A Visit To Staro Sajmište - Criteria and Standards of Remembrance" the historical context of the concentration camp is being further explored. During the year 2011, three seminars are taking place. The first seminar titled "Contexts" sheds light on the economic, political, sociological, cultural and ideological context that produced the uprise of fascist states. "Facts" deals with historical facts about the collaborationist regime that are obscured in todays historical narrative, while "Readings" opens the question about the interpretation of facts.


The working language is Serbian.